I’ve been watching Channel 4’s TV show ‘Utopia’ these last couple of days. Its about a bunch of conspiracy theorists who find themselves in possession of a valuable manuscript. The manuscript is the lost sequel to a cult graphic novel called The Utopia Experiments written by Phillip Carvel, and it contains information on a government conspiracy to sterilize 90% of the world’s population through an experimental vaccine. Carvel’s daughter Jessica has been on the run all her life, never having known her father, desperately searching for the manuscript she hopes will bring her closer to him. So Jessica ends up with the conspiracy theorists and they must together evade The Network, the sinister organization chasing Jessica Hyde, who want the manuscript for themselves.

This storyline is awfully similar to what is going on right now with the Ebola outbreak. In the last couple of days two US patients who have been diagnosed have been given an unapproved experimental drug called ZMapp. Could it be that this synchronicity between what happening globally right now and the storyline of this Channel 4 TV-show be an example of predictive programming? Other examples of predictive programming include the references to Sandy Hook found in the Batman films, the pilot episode of the Lone Gunman, and many other references which seem to predict the 9/11 attacks in cartoons like The Simpsons. 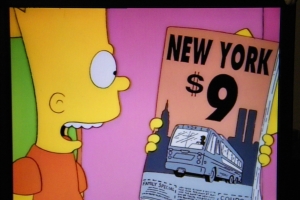 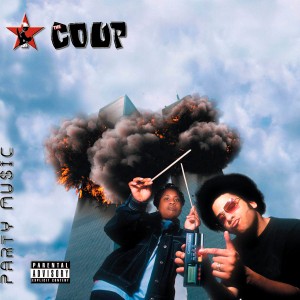 Album cover created for group ‘The Coup’ in June 2001, and released early September 2001. 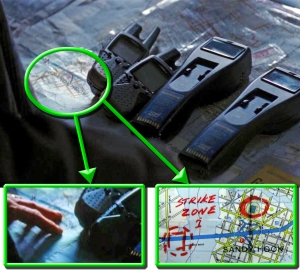 A Map in The Dark Knight Rises showing a place named Sandy Hook near the ‘strike zone’ just 10 days before the events at Sandy Hook School.

It would also be interesting to draw some parallels between the character Jessica Hyde and the realm of MKultra super-soldiers, or genetically engineered humans, something akin to the 2011 film Hanna.

See this post over at The Secret Sun for a more detailed analysis of the show and the ideas it presents. (http://secretsun.blogspot.com/2014/08/theatre-of-futility-bbcs-utopia.html)

There is evidence to suggest that Ebola is a manufactured virus, and this could be a manufactured outbreak. Dr Leonard G. Horowitz wrote a book on the subject called Emerging Viruses : AIDS and Ebola : Nature, Accident, or Intentional? (http://www.amazon.com/Emerging-Viruses-Nature-Accident-Intentional/dp/0923550127) and here is a PDF of the first 100 pages of that book (http://blackherbals.com/Emerging_Viruses-Aids_&_Ebola.pdf). Also see this article which describes how Lyme Disease was manufactured as a part of research into biological warfare on Plum Island, Plum Island, Lyme Disease And Operation Paperclip – A Deadly Triangle’ by Patricia Doyle, PhD (http://www.rense.com/general67/plumislandlyme.htm).

Here are some notable excerpts:

“In the mid-1970’s Lyme Disease broke out in Connecticut and it has since spread through much of the United States. This program examines the possibility that Lyme Disease may have spread as a result of clandestine experimentation on biological warfare on Plum Island-a Department of Agriculture facility that doubled as an Army BW research facility. Dedicated to the study of animal diseases, Plum Island appears to have been the site of experiments with disease-infected ticks conducted by Nazi scientists brought into the United States under Project Paperclip. One of the Nazi scientists who appears to have been involved with Plum Island was Dr. Erich Traub, who was in charge of the Third Reich’s virological and bacteriological warfare program in World War II. Was Traub involved with experiments that led to the spread of Lyme Disease?”

“It is interesting to note that the Third Reich’s biological warfare program had the cover name of “Cancer Research Program.””

“If in fact Traub was involved with research on Plum Island, this development would have been consistent with programs being conducted at that time involving experimentation on unwitting American citizens with biological and chemical warfare research agents: “Research unearthed three USDA files from the vault of the National Archives-two were labeled TICK RESEARCH and a third E.TRAUB. All three folders were empty. The caked-on dust confirms the file boxes hadn’t been open since the moment before they were taped shut in the 1950’s. Preposterous as it sounds, clandestine outdoor germ warfare trials were almost routine during this period.”

With the Ebola death toll having reached 932, with 1,7000 cases, the fear is that this number will exponentially grow. And with talks of this becoming an airborne virus we are looking at something with massive implications. So was this a manufactured event? Why is it that we so often see fiction mirroring reality?

(EDIT 28/09/14) See this article written by scientist Dr. Cyril Broderick, who claims that Ebola is a GMO virus which has been strategically released in Liberia (Africa’s fastest growing population) as a way to control the population size. (http://www.liberianobserver.com/security/ebola-aids-manufactured-western-pharmaceuticals-us-dod)

(EDIT 02/10/2014) Now there are claims that DART teams (Disaster Assistance Response Team) were notified months ago that they would be activated in October this year. The timing with the first American contact with the Ebola virus is just too perfect. Here is a screenshot of the twitter announcement, 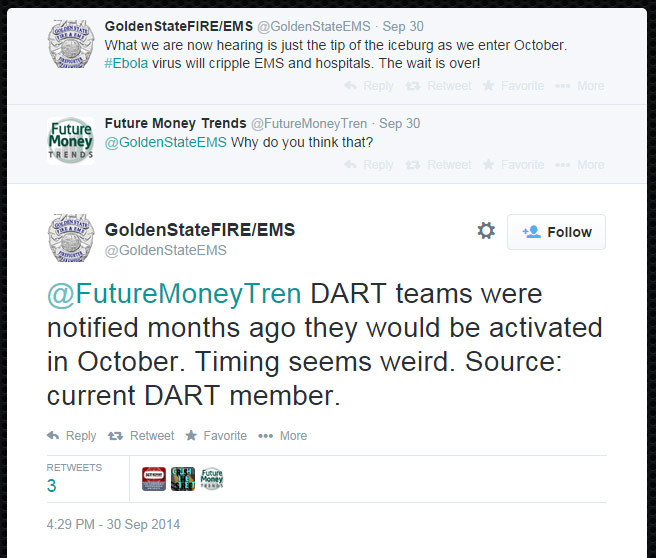 2 thoughts on “The Ebola Outbreak and Predictive Programming”

Michael Jackson Is NOT Dead

Michael Jackson is not dead, it is a staged death - Just a Hoax- He is STILL Alive.

The greatest trick the Devil ever pulled was convincing the world he didn't exist...